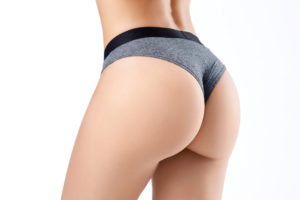 A brazilian butt lift (BBL) is a procedure designed to achieve a rounder, more pronounced, and more shapely appearance in the buttocks. The surgery utilizes a patient’s own fat—harvested through liposuction—to add volume to the buttocks, thereby offering an alternative to gluteal implants that many consider more “natural.” In his commitment to maintaining clear and comprehensive patient education, Orlando plastic surgeon Jon Paul Trevisani, MD, FACS wants to ensure individuals considering buttock augmentation through fat grafting techniques are made aware of the recent safety risks associated with the procedure.

A Multi-Society Gluteal Fat Grafting Task Force* was recently formed following revelations that the mortality rate for a brazilian butt lift was approximately 1 in 3,000— the highest ratio of any aesthetic procedure, according to the American Society of Plastic Surgeons. Research conducted by the task force has uncovered a correlation between the fatalities, suggesting that death occurred during cases in which a plastic surgeon injected beyond the subcutaneous fat layer. Autopsies of the deceased patients reveal a number of commonalities, such as: fat in and beneath the gluteal muscles, damage to the superior or inferior gluteal vein, and massive fat embolism (blood clot) in the heart and/or lungs. From this information, the task force has found the presumed cause of death to be fat entering the circulatory system through tears in the gluteal veins, leading to fatal embolism.

Given these findings, it is critical that prospective patients discuss the risks of undergoing a brazilian butt lift with their surgeon before pursuing the procedure. Furthermore, the importance of selecting a meticulous plastic surgeon with the ability to safely perform the surgery cannot be overstated. While research into the subject is ongoing, the task force suggests that limiting injections to the superficial planes—namely, the subcutaneous space— may be an effective way to minimize the risk of harm. According to their instruction, careful control of the cannula (the surgical instrument used to transfer fat), as well as cautious placement of access incisions, can help ensure a superficial trajectory for the fat transfer that occurs as far away from the gluteal veins and sciatic nerve as possible.