Home Blog How Can Fat Be Removed By Freezing It?

How Can Fat Be Removed By Freezing It? 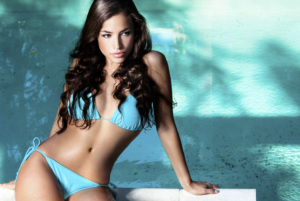 Since its introduction in 2010, the popularity of controlled-cooling technology to remove excess fat has only grown. While researchers were initially unsure how the results of “fat freezing” would compare to surgical methods of fat removal, such as liposuction, Cryolipolysis™ is now considered a safe, predictable, and effective way to contour areas of excess fat accumulation.

Cryolipolysis™ is the process by which fat cells freeze and are naturally metabolized by the body. In studying the effects of frostbite, researchers found that fat cells die before skin cells are damaged when exposed to extremely cold temperatures. This understanding led plastic surgeons to explore whether Cryolipolysis™ could effectively remove fatty deposits without causing any damage to surrounding tissues. Through further study, it was concluded that Cryolipolysis™ was successful in reducing subcutaneous fat under the skin while leaving the overlying skin intact. This led to the development of CoolSculpting® treatments, which deliver cold temperatures to targeted fat bulges via a non-penetrative handpiece. Once fat cells are exposed to extreme coldness and reach the point of breakdown, they are destroyed and flushed out by the body. This should not change the blood levels of the fat or cause any skin injuries. The aesthetic result is a slimmer, smoother look in the treated region(s).

Cryolipolysis™ is typically most successful when fat is localized in bulges that can be drawn toward the CoolSculpting® paddles and chilled until they are broken down. With careful treatment planning, multiple sessions, and precise applicator placement, CoolSculpting® results can be comparable to liposuction; however, this non-surgical treatment can only remove up to 20 to 30 percent of fat per cycle, and is limited in which areas can be successfully treated.

For more information about CoolSculpting® or our other body contouring treatments, please contact The Aesthetic Surgery Centre to schedule a consultation.